Want to know how the U.S. stacks up against the rest of the world relative to health/healthcare?  Check out the information at the Organisation for Economic Co-operation and Development (link below).

Who else spent a lot?  The Netherlands (12%) -- and they mandate the purchase of at least basic health insurance.


Graphical comparison of the GDPs.  Red is the US.  Blue is The Netherlands. 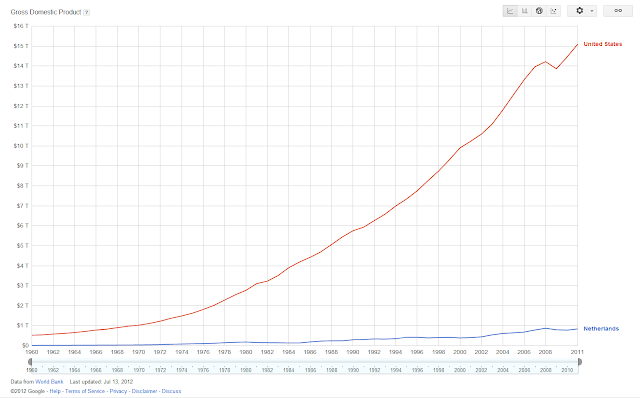 Data from here, here, and other publicly available sources.

A searchable collection of research citations and organizational presence in the medical modeling and simulation domain.